For all the negativity surrounding the exponential growth and influence of social media, there is an undeniable positive: it can provide a platform for those who are not given a voice in mainstream media. Twenty-four-year-old Marlee Silva recognises its power as a medium for telling stories and creating visibility. So, when in 2018, the proud Gamilaroi and Dunghutti girl wanted to continue the NAIDOC week campaign ‘Because of Her We Can’, Instagram and Facebook seemed the ideal channels, and Tiddas4Tiddas was born.

Tiddas4Tiddas (translated in English as Sisters4Sisters) is an online space which exists to raise the voices of Aboriginal women. Adding to Marlee’s desire to spotlight these women’s stories, was that during NAIDOC week she was also completing her Honours Research into the Representation of Aboriginal women on screen throughout Australian history. She was disheartened yet tellingly not surprised, that Aboriginal women are not given a seat at the table:

“There are very little Aboriginal women on screen, mostly non-Aboriginal people or Aboriginal men and Aboriginal women are often portrayed as the victim with little agency or autonomy. I was frustrated that we were accepting patriarchal representation.”

Marlee and her sister Keely were born and raised on Dharawal country, south of Sydney near Cronulla. They were raised to be incredibly proud of their culture and wear it on their sleeves:

“I spent my whole life talking about my culture and how amazing it is to be Aboriginal. I don’t know if it was because the kind of suburb I grew up in was a bit of a bubble, shiny and happy, but in primary school that was awesome, kids loved it, they always wanted to know stuff and were excited by it.”

Being fair-skinned and of mixed race (an Aboriginal father and white mother), their parents were of the belief that Marlee and Keely would not be subjected to racism.  As such a conversation about how to respond to racism was not deemed necessary. 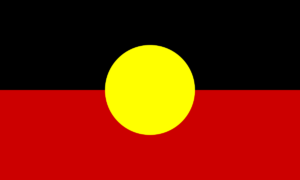 Marlee was impacted deeply by the 2005 Cronulla race riots:

“Within my mum’s family we have a lot of other cultures in our family through marriage. My cousin is Lebanese and was in high school at the time; I remember so distinctly her talking about getting text messages from both sides of the riots to come down to Cronulla. I was young, but I remember it so distinctly because it changed the area so much. My mum says that for a long time, she wouldn’t let my dad go down to Cronulla on his own.”

The riots were a pivotal moment for Marlee as the image of the Southern Cross became imposing and frightening:

“There were people walking around with the Australian flag draped around their shoulders and telling people to go back to where they come from. It was my first interaction with nationalism. I still feel the residual impacts. If I see someone with a southern cross tattoo or the flag flying out of their car, I get a bit worried.”

Marlee is confident that Cronulla has changed for the better in the last decade:

“It used to be rare when I was little to see any non-white person. The demographics of the area is changing a bit and there is a growing voice for things to keep changing.”

Since high school Marlee and her sister Keely have experienced racism to differing degrees:

“We were the only two identifying Indigenous kids at our school for a long time, so we were the example of Aboriginal Australia for most of our peers and it was a lot of pressure. You hold the weight of expectation not just for your yourself and your family, but your community. You did not want to do anything wrong or rub anyone the wrong way for fear that people would think everyone Aboriginal person was like that. I started high school when Kevin Rudd made the Sorry speech. I was so loud and proud that all of a sudden, questions were being thrown at me from both students and teachers, silly ignorant things like: ‘Tell us about the Dreamtime’ and ‘What do witchetty grubs taste like?’. Then A new friend I had made mentioned that she’d seen me picked up by my dad and she didn’t believe he was my real dad, she asked me why he was black, and I wasn’t. I had never heard a person called a colour before. When I told her we were Aboriginal, she was shocked and said she had never met an Aboriginal person before. I became aware that I was different to the peers around me.”

This racism made adolescence, a confusing and confronting time for everyone, particularly challenging for Marlee to navigate:

“The second I was trying to find my voice, people were trying to find ways to stamp it out. Adolescence is difficult for anyone who is different, we all go through our own struggles; it hurts when it is something you can’t change and it’s part of your identity. I could never understand why the thing that made me the proudest and the happiest, the thing I was most excited to be, Aboriginal, didn’t sit right with a lot of people.”

As a young person, Marlee was given a lot of opportunities to grow and develop, permission to dreamy big and explore the ways that she could make change. This imbued her with the confidence to establish: Tiddas4Tiddas:

“I’ve always worked in the non-profit sector and always for Aboriginal organisations. I was thinking ideologically about the representation of Aboriginal women and the statistics around it. I was raised with stories of what my grandmother and aunties had achieved and overcome for us I thought: ‘What’s the easiest way I can tell these stories?’. It was a side-hobby and now it’s essentially my full-time job.” 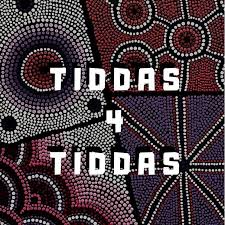 In Tiddas4Tiddas’ infancy. Marlee and Keely were approaching people for interviews or asking permission to share resources. They were only interviewing women they knew personally or spotlighting stories they had heard through the grapevine. It has now evolved to the point where most people send stories in:

“It’s really lovely because a lot of the time you’ll see someone who is proud of someone they know, and they want to give them a shoutout and celebrate them through Tiddas4Tiddas. It’s really beautiful to see women supporting women.”

There is a concerted effort from the Tiddas4Tiddas brand to use empowering language rather than language of deficit:

At the time of writing, the Tiddas4Tiddas Instagram has over 66,000 followers.

Thanks to Mia Freedman of Mamamia, Tiddas4Tiddas has now branched into the world of podcasts, showcasing conversations with successful Aboriginal women:

“Mia saw a Tiddas post, reshared it and messaged me on Instagram, asking me over for a cup of tea. I, at the time was not a big podcast listener, but then I realised this was a good opportunity. She was asking me what I wanted to do with Tiddas down the track and I mentioned it would be great to learn how to podcast. I was invited back for an aircheck and the next thing I knew I was being offered my own podcast. I’m incredibly grateful that they essentially took a risk, building something for me and my platform.” 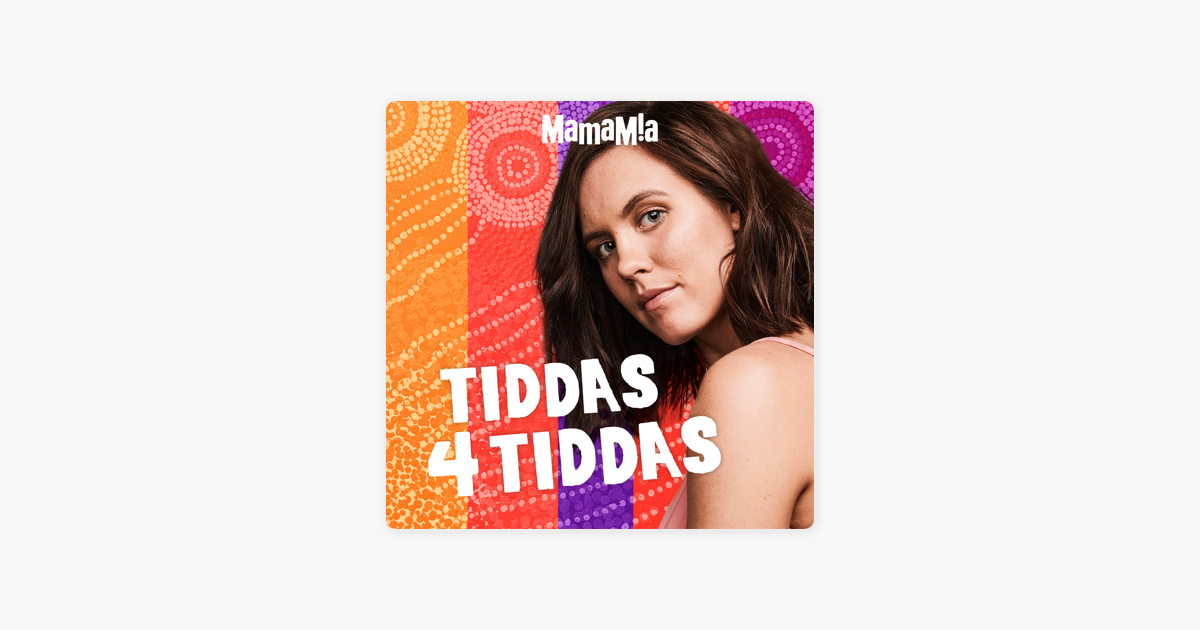 Talking to Marlee Silva, I get the impression that she is astonished by the success of Tiddas4Tiddas, but is enjoying the rollercoaster nonetheless. Her goal as a fifteen-year-old was to write and publish a book and, at twenty-four, that is coming to fruition:

“I have just finished my debut novel ‘My Tidda, my Sister’, which was inspired by the movement and will be out in September. Within nine or ten months, I have interviewed twenty different Aboriginal girls, the youngest being fifteen and the oldest in her eighties. These interviews which showcase resilience and sisterhood are intertwined with personal anecdotes.”

Marlee understands that: ‘When you’re born Aboriginal in this country, you’re born political’, however it can be difficult to always have the mindset of an advocate:

“There are definitely days now where I don’t want to deal with it, where I want to just take my activist hat off and not deal with the emotional labour of it all. It’s a lot harder now because I guess my profile’s grown bigger, people expect more and more.”

There are multiple ways to practice effective activism; indeed, Marlee and Keely have each found a niche which suits their personalities:

Growing up, I was raring to go all the time and wanted to be yelling I guess for a while, but my sister did not want to, she really struggled with that expectation to be a spokesperson. My sister has always been involved in the Instagram, but not so much the podcast. It took a lot longer for her to find her voice. Doing Tiddas4Tiddas has really helped her, but I remember as a teenager her saying ‘I just want to be normal.'”

Our country’s founding culture has existed in 80,000 years and its people make up 3% of the population. Marlee recognises that there are many non-Aboriginal people who are genuinely eager to be educated about Aboriginal culture but are scared to ask questions for fear of causing offence:

“Tiddas4Tiddas is a safe space for non-Aboriginal people to make that first step in connecting. That is why we exist; we want to bridge those gaps. Our Direct Messages on Instagram are always open, there are respectful ways of asking but we can tell when someone is being genuine and vulnerable. We spotlight a lot of Aboriginal businesses and different events in which we encourage non-Indigenous people to participate, for example, there’s now a really amazing growing community of Indigenous movements from health and fitness movements where they talk about natural bush remedies and Aboriginal culture.” 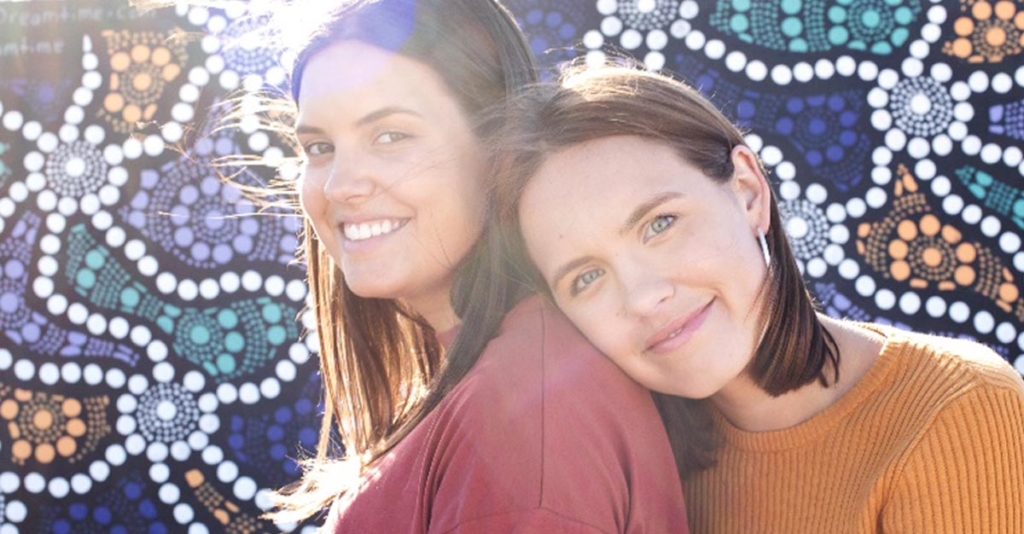 As with any minority, for equity and equality to be achieved the power to make decisions needs to be in the hands of those affected:

“The ‘Closing the Gap’ targets aren’t being met so the policy is being disbanded, but it didn’t work for us because it’s not actually being controlled by Aboriginal leadership.”

Eager to have a representative voices in issues affecting their people,  ‘in 2017, more than 250 Aboriginal delegates from all over Australia gathered at Uluru, Northern Territory, on the lands of the Anangu people, at the First Nations National Constitutional Convention’  (Creative Spirits). They developed the Uluru Statement of the Heart which called ‘for the establishment of a ‘First Nations Voice’ in the Australian Constitution and a ‘Makarrata Commission’ to supervise a process of ‘agreement-making’ and ‘truth-telling’ between governments and Aboriginal and Torres Strait Islander peoples’ (Uluru Statement: a quick guide).

“We should have a voice in environmental issues because we understand the land a lot better.”

Marlee is optimistic about the upcoming generation:

“Younger people have much better understanding, I am noticing conversation shifts particularly regarding January 26, the reluctance to change sits with the boomer generation. I am quite inspired and excited about what the future holds. I hope all Australians are proud of the Aboriginal culture because that will make it a better country for all.”