Maud Clark wasn’t aware of her prejudice. That is until she was looking around at the circle of prisoners and realised that she wasn’t ‘other’ – one of these women could be her, her mother, her sister, or her friend. Everyone in that room was somebody’s daughter.

In the 1980s as a student at the Victorian College of the Arts (VCA), Maud performed in a play about women coming over to Australia in the hulks at Fairlea Women’s Prison. After watching Female Transport, one of the women approached and asked if a drama program could be established in the prison. Maud called the Governor to ask permission and though he did not understand the need, he agreed. Looking back, Maud realises how much the prison system has changed. Firstly, in the play a woman hangs herself, but at that time, society was yet to tune in to the importance of trigger warnings and fully understand the emotional impact and therefore the sensitivity required around such topics. Maud also recalls that when the program was first established, officers would leave them all in the dining hall with no supervision and return two hours later at the conclusion of the workshop – a nonchalance which does not exist today.

In the 1990s, when Somebody’s Daughter Theatre Company was founded as a not-for-profit organisation, there was recognition of the power of the arts by funders – thank goodness, because as the mother of a three-year daughter, Maud would not have been able to continue the work without financial support.

Women in prisons are one of the most marginalised and misunderstood in society. Criminologist Cesare Lombroso even suggested in his 1893 work The Female Offender that such women were ‘primitive and pathological individuals who had failed to develop into moral, feminine women’ (Estrada, Nilsson & Pettersson 2019).  Other scholars described female offenders as more masculine and argued that women’s offending was ‘of a more concealed and fraudulent nature than men’s’ and that this could be explained by their ability to conceal menstruation and fake their enjoyment of sex (Estrada et al, 2019).

Somebody’s Daughter Theatre Company has been working in theatre and visual arts practice within Australian women’s prisons for nearly 40 years:

“For a lot of the women, their involvement in the play is the first time they have completed anything, and they are acknowledged as the carrier of their own story. Women involved in the play often talk about issues they otherwise wouldn’t have; the arts have always been doorways for understanding things about ourselves and the rest of the world.” 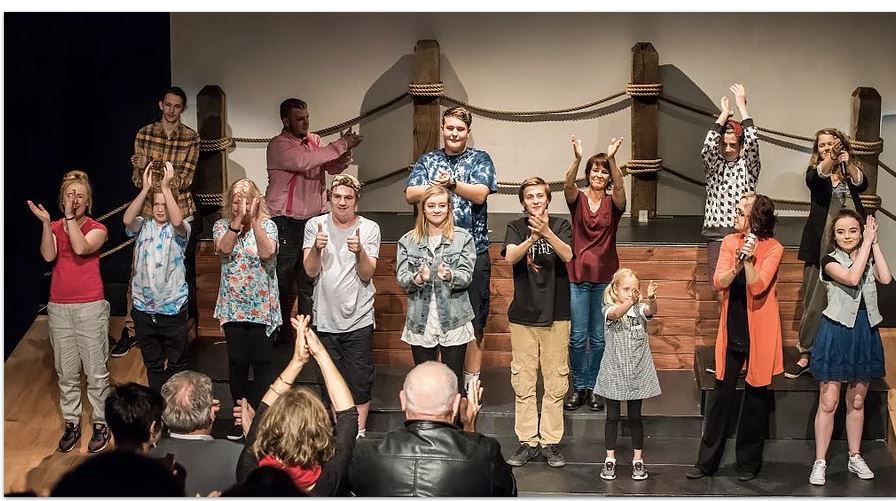 The company works in three areas: Dame Phyllis Frost Centre (DPFC) & Tarrengower prisons in Victoria, with women post-release and with young people in Geelong. At DPFC, 100 women usually attend drama and visual arts workshops with a core group of 40 involved in the production/ exhibition from start to finish. The workshops are conducted by Artistic Director Kharen Harper, Musical Director Justin Holland and Emerging Artist Kgshak Akec, film maker Sam Reed, visual artists Kate Osborne and Lisa Calwell .The skills the women learn are the same as people would expect to learn in any visual arts workshops or theatrical context: body and voice warmups, songs and improvisation.  Plays are produced annually and are devised by the women, recurring themes such as parole, homelessness, adoption, family violence, addiction, abuse, and forming connections. The annual production is always accompanied by an art exhibition.  COVID has required adaptation and last year’s production Miss, It Appears We’ve Hit Some Turbulence is being adapted into radio play/podcasts. During Miss, It Appears We’ve Hit Some Turbulence, the women collaborated for Harmony Day, it was a time of great joy with twelve cultures coming together.

Somebody’s Daughter is unique in its consistency with inviting outside audiences of 150-160 people per performance into the maximum-security prison. Audience is by invitation only and Invitations include people on the visitors list, Funders, Ministers (when Parliament is not sitting), policy makers, people from corrections, and others working in the justice sector.  This presents an opportunity for the women’s voices to be heard by the people who are making decisions about them and to educate on issues underlying imprisonment.

To demonstrate the presence of unconscious bias, in the first show ‘on the outside’ Tell Her I Love Her, Maud and the team deliberately placed someone without prison experience in the cast – someone who came from a wealthy from a reputable boarding school. After watching the woman play a ‘ragged’ character, the audience believed her to be the one actor with prison experience, because the other actors seemed too nice. Similarly, while working at Fairlea the family that ran the local coffee shop where artists stopped for coffee came to one of the shows. They were awestruck; “They can’t be prisoners!” Not only was the acting ‘too good’ but they could have been my sister or mother or daughter!  Somebody’s Daughter hopes to educate people on the reality of our prison system and deconstruct stereotypes. The company recognises that “theatre can break barriers that you don’t even know you carry.”

“For artists in SDT their artistry is community arts. Some of us have been to VCA and we have all worked in more mainstream arts, but this is where we have arrived, and this is where we want to be. It’s our passion and we love it.”

Somebody’s Daughter seeks to correct the perception that people wake up and decide to be bad:

“In the main, people come through absolutely terrifying and horrifying experiences and we [the system] have failed them. Family violence is often present; if you have come from a situation of violence from the moment you are born, bits of your soul are taken and shattered, and the world that you see and feel is vastly different. As one woman said in the play The Malways – There’s bits of me missing and I want them back. The arts can do this.”

It is important to recognise that the system is stacked against people born into disadvantage and until the system undergoes a reform it will be difficult to break cycles:

As a starting point, more funding needs to be allocated to housing, health, and to fostering inclusion and community support post-release.

Although it is difficult to measure the precise benefits of the arts to these participants, from first-hand experience Maud and the team know that Somebody’s Daughter has given women personal insights which has encouraged them to do things they would never otherwise have done, such as education courses. Additionally, for those involved in the post-release program, there are low recidivist rates.  Perhaps, it is because the women participating in the Drama programs are already taking steps towards helping themselves.

“At first I started working with a program of six young people and then the whole company got involved.”

This was the impetus for the organisation to partner with Gateway Health and the Department of Education and Early Childhood Development in Albury/Wodonga from 2001 to 2016. Minister for the Arts Mary Delahunty gave funding for a full-time teacher, and a young person’s advocate was also employed by Gateway Health. Participants of this program, titled HighWater Theatre, were between twelve and eighteen years old, many had lived experience of homeless and the majority were raised in chaotic and abusive environments. It was not uncommon for these children to shield other family members from violence. Yet society expects these children to magically navigate the world as the rest of us do!

“The work that we do with young people is so important and so precious to us because we know you’ve got to have a certain spirit to take that up. We know for a fact that these young people would not be in school otherwise, most complete their Year 11 and 12, and they are going on to have choices and lives that they never would have had.”

HighWater Theatre was expected to last for three years but had fifteen years longevity. Since 2016, a similar program, Nobody’s Fool, has been conducted in Geelong, and a music and visual arts program has been running on Bloomfield and Ascot Vale Secure Welfare campuses for many years. 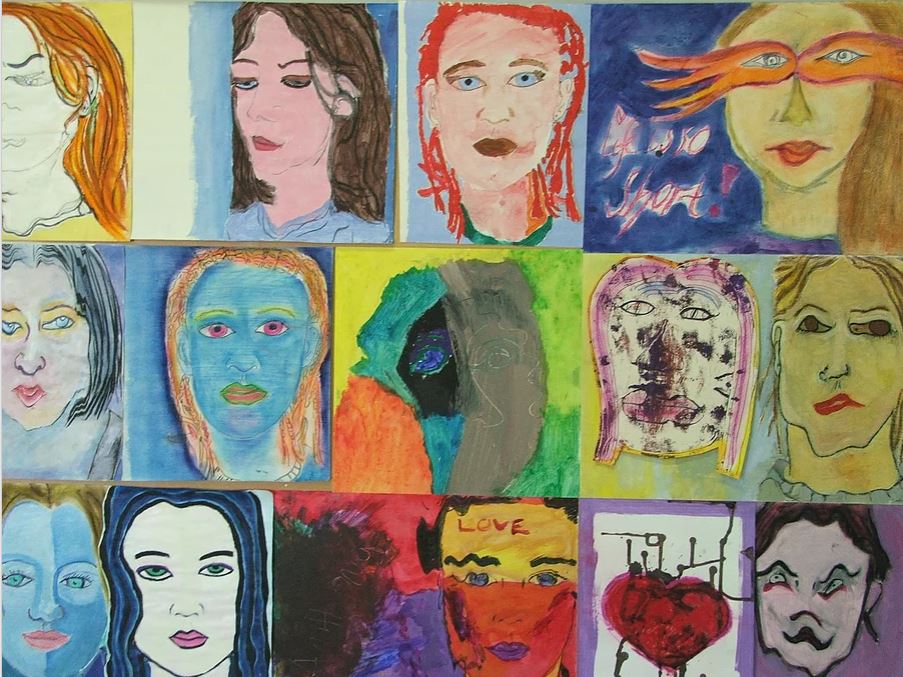 For two decades, Somebody’s Daughter has Australia Council multi- year funding. This year, along with forty-nine other organisations, they have not been funded. Without Maud’s knowledge and of their own volition, alumni of the Somebody’s Daughter youth programs wrote to Ministers asking them to reconsider. The letters tell emotional accounts of young people in the depths of despair, grip of addiction and in recovery from suicide attempts being pulled out of the shadows by the opportunities presented by involvement with Somebody’s Daughter.

Part of the difficulty Maud finds with explaining the work of Somebody’s Daughter to funding bodies is that it does not occupy any niche comfortably:

“We use the arts as a platform for education and a bridge to inclusion. So many things keep people as victims; you want to be moving people to be the best that they can be. I really believe people can do anything if they want it hard enough, we just need to put things in place to make that a reality. I witness that all the time.”

Often in our everyday life, we lose sight of our privilege:

“Many people don’t have an understanding of the richness of our lives, the choices and support available to us, and how some individuals have come into this life without any of that. Parents have often been caught in the cycle as well.”

The justice system is so labelled that we often lose sight of the human being. How do we recognise our privilege and combat our prejudice?

“Take time to really see the person, not what we think we see. We’re all caught in our own prisons, and lack of awareness can be a prison in itself.”

It doesn’t take a lot to help a fellow human being:

“People want community, they want to feel connected, they want to have a purpose and to be a part of something.  Somebody’s Daughter focuses on contact through the creative.” 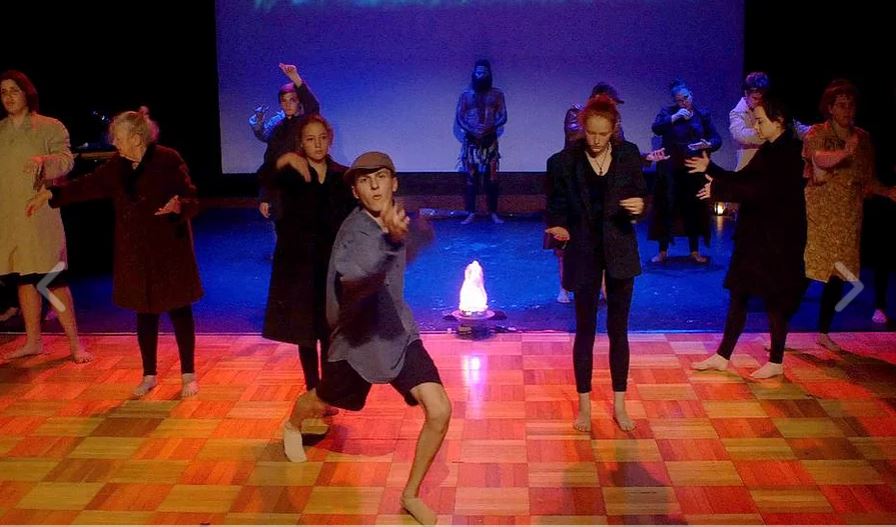 Geelong After Dark – The Sound of Light

You can support the organisation and by extension, workshop participants by donating: https://www.somebodysdaughtertheatre.com/support

The team are happy to conduct workshops for potential supporters.