Zooming down Bourke Street Mall on my lunchbreak, I have seen numerous buskers. Yet no act draws a crowd like Pierce Brothers, the multi-instrumental identical twins.  Jack plays the didgeridoo and percussion or lute instruments, rhythmically hitting the pavement and his brother’s guitar with drumsticks, and dropping into unexpected somersaults, while Pat jams on his guitar and plays harmonica. Then they sing, and boy, can they sing! These two are seasoned performers, with such high energy that one would never guess that growing up, they struggled with confidence as a result of being bullied:

“We, me especially, withdrew into our shell and music was the outlet. Jack and I are the youngest of five. Our older brothers played music and we thought it was the coolest thing in the world. We made it our entire life when we were at school,” Pat says.

The first song they remember rehearsing was ‘Mr. Jones’ by Counting Crows; at nine years old, they were learning songs by John Butler Trio, Neil Young and Pearl Jam, and by fifteen, their parents were driving them to local pubs to perform covers. As they got older, they were playing anywhere and anytime they could:

“Not that I think it’s right, but we were playing venues at 2am where payment would be half a six-pack. We were playing every single night, at open mic nights, wherever, it didn’t matter. There were some venues that very much took advantage of that because we were young and full of energy, but we kept going.”

How the pair discovered their love of busking is proof of the importance of networking and making connections:

“When I was twenty, I met Tanya volunteering in Nepal. Tanya was dating Dave Morgan who was in the band Bonjah. Dave said, ‘Get out and start busking’.”

Pat says that busking changed everything for them:

“It made sense to us, and the way we performed; it also honed our act and challenged us to get in everyone’s face which helped when we started playing festivals in Europe. There was also no pressure,  we’d decide if we wanted to play that day, play a set, hopefully sell a bunch of CDs, that’d be great, and make someone’s day better, and then pack up and meet other buskers afterwards. We would always have a blackboard with details of where we were playing that night.” 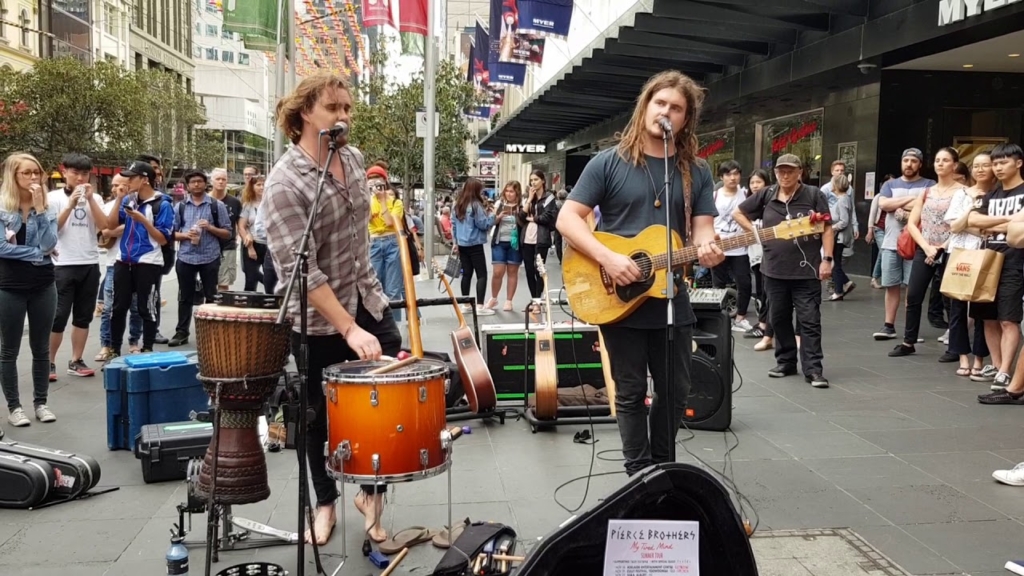 From ‘If people stop, that would be amazing’ and ‘If people bought a CD, that would be cool’, to selling 50,000 independent EPs through busking. Is it any wonder then that through Lemon Tree Music Dave Morgan, who made the initial suggestion, and Bonjah bandmate Regan Lethbridge are now their managers?!

Early on in their career, there was a unique stigma surrounding busking:

“It felt misunderstood. The general consensus from those around us was ‘Don’t lean into the busking thing’.”

That stigma has now dissipated with artists such as Tones and I, and Tash Sultana both experiencing great success from busking beginnings:

“I met Tash through a friend of a friend and said, ‘Mate, you’ve gotta come down and busk, you’d be amazing. That was when they were about fifteen.”

While recording their second EP, the brothers found themselves at a crossroads. Having finished their university studies, they were both offered jobs in their respective fields, a job as a cameraman for Pat and a job in marketing for Jack:

“We thought, ”Let’s stick with it.’ We were lucky to have each other because it can get lonely but I’m a big believer that if you have a strategy and you are persistent, success will come”.

After releasing two Top 10 ARIA EPs (‘The Records Were Ours’ and ‘Into The Dirt’), and performing to sold-out crowds around Australia, the Melbourne folk-rock duo found success in the Netherlands:

“Regan was looking after another artist and was working with another Dave in the Netherlands and he said,  ‘Check out these guys’.  This Dave is the guy who came across Let Her Go by Passenger. He loved it, became a fan from the start and started booking us shows.”

Initially Pat lists his favourite song to perform live as the love letter to John Butler ‘Self Portrait’, but then recounts playing ‘Brother’ at a church building venue known as Paradiso in Amsterdam:

“We had written that song earlier that day and to have 1500 people sing the tune back to us was phenomenal.”

In October 2018, the Pierce Brothers debut full-length album ‘Atlas Shoulders’ was released and reached the Top 15 in the ARIA charts. 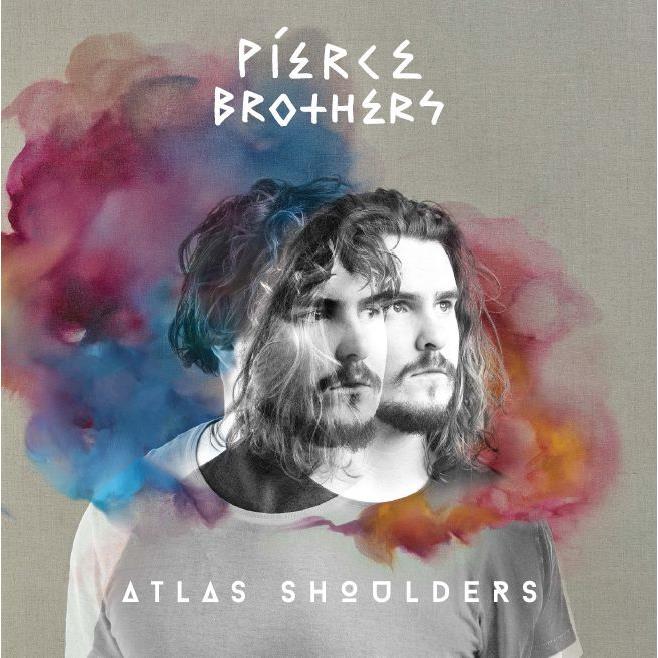 As for their second album? Well for everything negative about Victoria being in Covid-19 lockdown, it did mean that the duo was able to use producer Jan Skubiszewski’s property in Gisborne and have intensely creative sessions for a month over March-April.

“The usual case of ‘do a few shows, come back and write for 2 -3 days at a time’  was super stressful for us and we felt like we couldn’t get it right but this time we ended up smashing out a new album. There was one song which sounds nothing like how it started, it took us two days to get there and we were running out of time, aware  that we don’t have a major label paying for this anymore, but we got there, in the last twenty minutes of the second day.”

When asked about creative differences, Pat says with a chuckle that they have a reputation, especially among their crew, for being the next Gallagher brothers because they ‘get stuck into each other’:

“The rule is whoever comes up with the initial idea has veto power and, while it can sometimes get messy, generally that rule works.”

The first single ‘Kanko’ from their sophomore album was released in May:

“This new album is recorded by Jan and mixed by Phil Threlfall who we worked with on ‘Overdose’ and ‘Into the Dirt’ and I’m so glad we worked with them again because it is an authentic darker sound. It is still us, but doesn’t have the elements of pop or sheen that bothered us a bit; it’s more authentic, grimier, and more textured. I’m so excited for people to hear it.”

A major label is always looking for the next single, the next mainstream hit and that doesn’t always match with the artist’s vision for an album. It was really important to Jack and Pat that on this new album, the focus was always on what sounds the best to them:

“We just gave everything more space which means the intros are a bit longer and the album doesn’t feel rushed. It all just feels fully realised, and I think it’s the best work we’ve ever done. There’s one song from the album called ‘El Espejo’ (which means The Mirror in Spanish, because I was in Mexico when I wrote it).  It’s an instrumental introduction to a song I wrote called ‘Trouble’ and it’s up there as a favourite.”

With a humble and Aussie guy next door manner, Pat acknowledges how incredibly lucky and privileged they are to tour and play at festivals, but admits at the start of the year he was burnt out:

However, the forced hiatus from live gigs brought on by the Coronavirus pandemic combined with new songs to perform has Pat chomping at the bit to get back on stage:

“I’m still coming off the buzz of being in the studio making music. Now I just want to get out and play. At this stage, I can’t ever stop music. We might get other jobs eventually so it might take a bit longer, but I can’t see us ever stopping touring or making records, it’s too ingrained.”

There’s no doubt that industries which rely on an audience of the general public are doing it tough as a result of Coronavirus restrictions, and Pierce Brothers are by no means exempt:

“We found ourselves in a strange middle ground.  Music is our full time work, but we weren’t quite big or independent enough to not really feel the sting. It sucks, we’re surviving though, we’re fine. I have some video editing skills, design skills and website building skills so I’ve just been getting whatever jobs that I can. They’re few and far between, but I’ve been doing some design for the album, and doing some work with  Dara Munnis who does all of Tash Sultana’s videos and photography. Jack just got a new job in PR, which is great for him, and he will have a new baby any day now!”

Evidently, a lack of live gigs doesn’t necessarily translate to more free time for Pat, and he is about to get even busier. Along with Prue Walker, a social worker specialising in Fetal Alcohol Syndrome, he is developing a collective called Balancing Act:

“Prue and I were talking about me doing some music mentoring or jamming with some kids. Then she said that just like there’s musos with less work, there’s NDIS funding that people aren’t using using because kids with disability can’t access the community or regular supports at the moment.  We noticed a gap.”

Balancing Act is a website database full of artists interested in engaging with a young person with disability for a 1:1 session over Zoom. ‘Sessions can involve playing music; dance or movement; drawing or cartooning; story telling or imaginative play; or just talking about topics of interest.’ Families first indicate the artist they would like to work with, then Balancing Act make recommendations then an initial interview is organised between the family, the artist and a social worker. From then on, the family and the artist communicate directly.

“At the moment, we are building up contacts and building up a roster. People reach out to us and we are introducing them. It surprises me it hasn’t been done.”

As for Pierce Brothers getting back to performing live, they are looking forward to playing songs from their new album at BluesFest 2021 with artists like Bon Iver and Ash Grunwald. With the unpredictability of COVID-19, for earlier show dates please check their website. 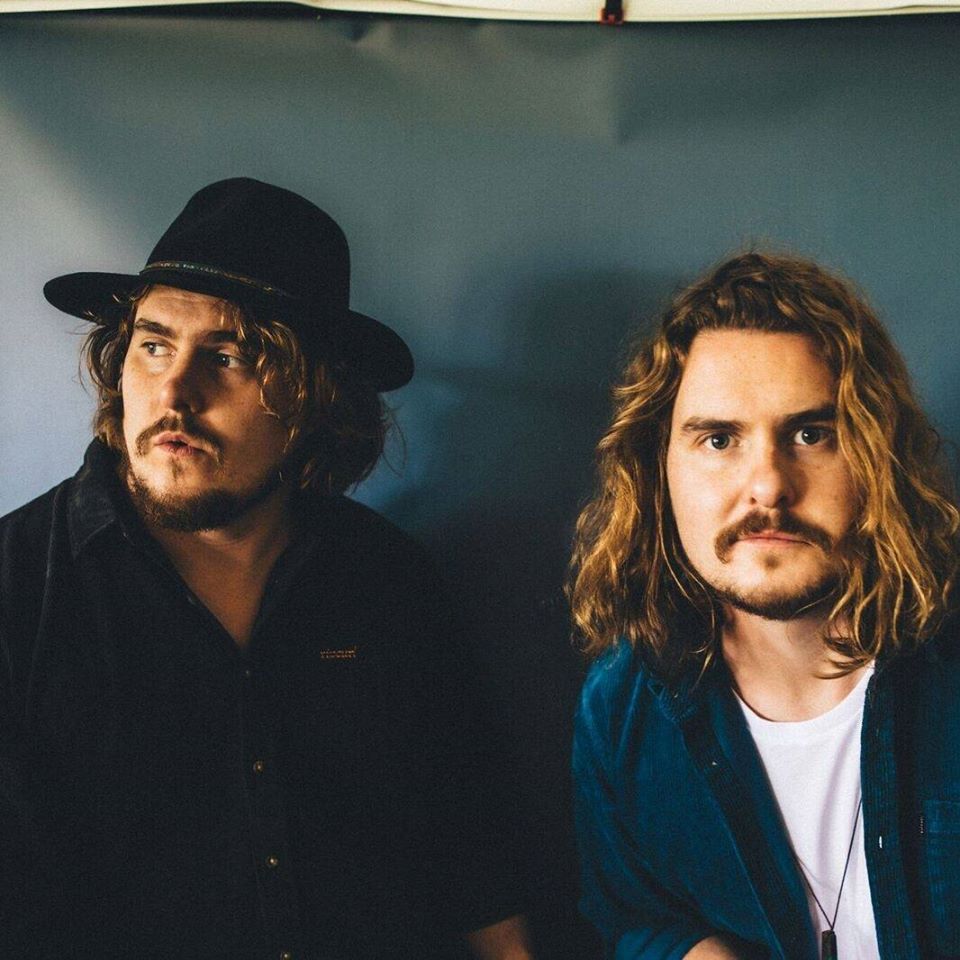