We’ve all heard some version of the sentiment: ‘Young people are self-involved and have everything handed to them’ and ‘I’m worried about future generations’. Well your honour, may I present evidence to the contrary? Introducing the team at Oaktree: ‘young people leading, demanding and creating a more just world.’ Australia’s largest youth-led international development organisation works domestically and abroad. They have carved out a niche and their impact has supported their recognition as experts in youth empowerment. This reputation has protected the people of Oaktree against pushback often directed towards young people (you need to earn your place, you need to put in time, you need to build up experience and wisdom).

Domestically, Oaktree’s most high-profile fundraising campaign is Live Below the Line. Since its inception in 2010, $11.5 million has been raised through participants living on less than $2 a day (the international poverty line) for five days. Funds are directed towards aid projects and alleviating poverty. 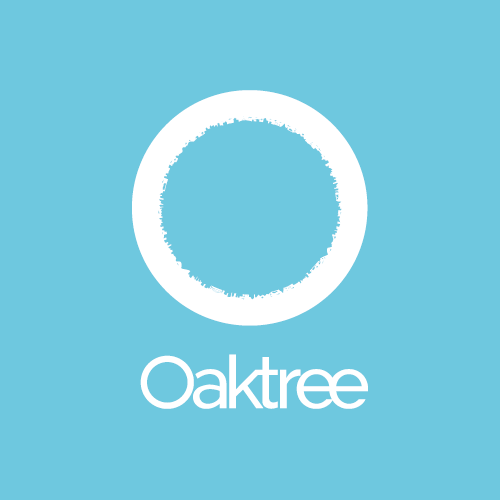 Internationally Oaktree currently focuses its efforts on two countries in the Asia-Pacific region, Cambodia and Timor-Leste, where they have implemented twelve projects since 2012. Past countries to collaborate with Oaktree include South Africa, India, and Myanmar.

The organisation consists of volunteers under twenty-seven years old working in a Finance and Operations team, an International Engagement team, and a Community Engagement team. Though the main office is in Melbourne, branches also exist in Queensland, Western Australia and New South Wales. People aged under eighteen can register as Student Ambassadors. They will learn how to drive campaigns such as Live Below the Line and how to engage in political advocacy within a youth empowerment model. Once staff reach twenty-seven years old, they start the process of ‘ageing out, where they are required to hand the proverbial baton over to the next set of young people. People aged over 27 with an interest and skill set that aligns with Oaktree’s mission are invited to join the organisation’s board.

Reyna has been the Timor-Leste Programs Director since October 2019, before which she was the Timor-Leste Partnerships Manager. The University of Melbourne student is completing her Masters of Development Studies. She believes the International team, of which she is a part, is especially privileged because they witness the tangible impacts of their work:

“These countries are 0ur neighbours and Australia has relationships and histories with them that go far beyond the last few decades. The International team go travelling once or twice a year.”

When implementing programs, Oaktree are conscious of not perpetuating the ‘white saviour complex’ of the Western world. Working within the framework of ‘nothing about us without us’, program proposals and the programs themselves are designed in collaboration with local organisations. This ensures the program is informed by the local context:

“It is important to build a element of sustainability into project, build the capacity of the community and then exit, so that the community can be self-sufficient.”

Oaktree currently has a presence in Timor-Leste. Timor-Leste has a youth bulge, with over half the country under the age of twenty-five:

“These young people have the capacity to be leaders of today and represent their own needs.”

Timor-Leste doesn’t require formal  teacher-training requirements. This means frequently in remote areas teachers are people from the community who just want to give back or who hope to be a teacher but haven’t had the opportunity to attend university and learn the best training methods. To improve the quality of education, Oaktree assisted by implementing the Inspiring Young Leaders through Quality Education (QE) program,  Oaktree worked with teachers, school administration and staff to develop skills and use participatory and engaging teaching methods. They also helped employ governance structures that facilitate quality education and accountability within the school. A tangible outcome was the establishment of a participatory and representative school management committee comprised of school managers, teachers, parents and students who make decisions about the school.  In one school, the committee had three student representatives and they built up a really strong relationship with the school directors and teacher. The teachers learnt non-violent discipline methods and participated in creating a code of conduct to ban the use of corporal punishment.The project was funded for three years, two years of administration and one year of implementation. In 2019, four Oaktree staff visited Timor-Leste for three weeks to evaluate the project.

Following on from the QE program, Oaktree established a new youth empowerment project with young people as participants rather than beneficiaries. In partnership with local Non-Governmental Organisation Ba Futuru, an anonymous recommendation box was introduced:

“The students turned the recommendation box into a way to audit their teachers. The school director took the feedback on board and used it to performance manage teachers and build skills. The school had a democratic system and the students ended up taking so much ownership over their education. This fostered trust between teachers and students.”

Oaktree also conducted leadership training in Manufahi, a municipality in Timor Leste, with twenty-five young people. Despite it not being planned, representatives from each area of Timor-Leste attended the training. Participants began educating others in their community about leadership and conflict resolution, and thus the impact of the training multiplied.

“A lot of countries in the Global South have large youth populations, are disproportionately affected by unemployment, experience a lack of education and educational opportunities, and have issues with poverty and climate change.”

Campaigners for Change is a year-long leadership and campaigning program run by Oaktree for university students from various backgrounds around Australia. It teaches them how to engage with targeted programming and political advocacy, how to acknowledge barriers and how to overcome them.

Reyna hopes to see an increase in Australian aid, and while gender is often a subset of international aid, she hopes this can extend to including young people as a particular subset.

Reyna admits it can be disillusioning to be fighting such complex global issues, however with the emergence of activists like Greta Thunberg, people are acknowledging the need to include young people in decision making and development processes.

There are always individual actions people can take to make positive impacts in Australia and abroad, as small as buying fair trade chocolate and donating to support Oaktree projects, up to writing your  local MP:

“It is important to make responsible and ethical decisions where possible. We need to recognise the validity of other countries’ problems and their relevance to Australia, because we are all interconnected.”

Working at Oaktree, Reyna has learnt the importance  of inclusive participation and how that can be done in development:

“It’s our job to use our privilege to give a platform, acknowledge intersectionality and create spaces for young people and the marginalised.”

Surrounded by the passionate and driven people of Oaktree, Reyna has no choice but to be optimistic about the future:

“I believe in myself, my peers and the next generation.”