In April, I enrolled in online classes with Impro Melbourne, thanks to a ‘well-considered nudge’ from a friend. The organisation was founded in 1996 by Russell Fletcher and Christine Keogh to teach the philosophy of  actor and improvisation teacher Keith Johnstone. Improvisation is a form of drama or unscripted theatre made up on the spot. According to teacher Brenna Dixon:

“Impro is used as a tool in many different styles for example: short skits or two-act musicals. Impro is its own theatre practice, you can use it as the main device of creation or it can inform scripted work.” 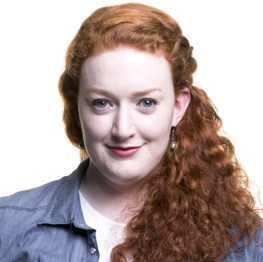 There is a perception that improvisation does not extend between TheatreSports or games:

“People are often surprised when I tell them Impro can be a two hour musical. We did an eight-week long recurring soap opera, two-hour episodes at a time, set in France when the Eiffel Tower was being built. You can use it to create stories and songs, its so widely applicable. It’s more diverse.”

Fans of Saturday Night Live or Whose Line is it Anyway will know that at a basic level, improvisation involves performers working together to create stories and work out what’s happening in the scene. To do this, they give each other ‘offers’ or suggestions to move the story along:

“An offer could be, ‘Your Majesty, your crown awaits’; as performers we are trained to accept that offer positively and to build on it.”

Even in TheatreSports, while the audience sees teams competing for the best score, the competition is actually fake and the teams are working together to give the audience a good time and leave them feeling changed.

In 2015, Brenna undertaking a Bachelor of Performing Arts at Monash University, attended an Impro Melbourne show with a ticket from Little Birdy (an account which gave free tickets to theatre shows in exchange for social media posts). An advertisement for an free workshop/audition for Impro Melbourne reminded Brenna of how much she loved improvisation during her schooling. Brenna auditioned successfully for the Impro Melbourne ensemble, a result she attributed to no expectation and therefore not being blocked by fear.

As with so many of us involved with Impro Melbourne, Brenna loves the creative freedom of improvisation:

“You’re the director, the writer and the performer as well as costume designer and dramaturge.”

Like myself, Brenna has experience with Generalised Anxiety Disorder, spending time in her head doublechecking everything and berating herself for mistakes. Through involvement with Impro Melbourne, the hallmarks of improvisation, that of happy failure, relaxing into the moment, taking risks,  and not taking yourself as a performer too seriously, started to infiltrate her everyday life:

“Our main focus when we are teaching an entry-level impro course is to remove that fear of failure, getting people to be playful,  just letting go of your filter and trusting your impulses. Your partner is going to accept what you say and build on it so every idea is perfect. Chances are if you did come up with an amazingly constructed idea, in the time it took you to think it, your partner’s moved on.

Brenna was the perfect choice to teach a new improvisation course aimed at youth. While at high school, she volunteered at local community centre teaching young children drama and acting. She now works with with The Decent People performing improvised Roald Dahl shows, teaches at Brave Studios drama school and a secondary school doing private drama tuition and works with the Starlight Foundation:

“The reason I love it is kids are innately creative and if you can catch them in time, it’s so beautiful watching them play. As kids grow up, they often become more self-conscious and the limiting beliefs of ‘I’m not creative, I’m not clever enough, no-one wants to watch me’ start to creep in. Impro helped reduce my anxiety, improve my communication,  skills, improve my collaboration skills, and increase my resilience, all things that are so important for youth and for growing up.”

The skills developed and consolidated through improvisation, giving all ideas a try, trusting impulses, bypassing fears and filters and having fun along the way opens up many opportunities. Often people approach after the Impro Melbourne introductory course and say Impro has assisted them in the workplace, particularly with public speaking,  and that they are now more attuned to the emotions and body language of colleagues.

In regards to teaching improvisation to students of different abilities and personalities, Brenna says  the ability to read a room is very important. She calls on Keith Johnstone’s metaphor of a bike wheel:

“As a teacher you want to get students to get to the middle of the wheel, the point where they feel confident enough or playful enough to try anything, but you can use whichever spoke you feel will work best to get there. If you’re playing a rhyming game and can see that people are getting in their heads too much, you can change the game and encourage people to use physicality to make shapes or create pictures.”

Brenna’s favourite form of improvisation is the improvised musical ‘ Smells Like A Song’, of which she is currently the director. For this format, the audience has roses which they throw on stage whenever they hear a line of dialogue which they believe would be a great impetus for a song. The performer who said the line has to burst into an improvised song, accompanied by pianist Panfred Reed, who will always follow and catch you.

Brenna is also involved with Soothplayers, where the audience give a title of a play which could have been written by Shakespeare (but wasn’t) and the improvisers perform an hour-long show. Brenna remembers fondly a performance at Trades Hall as part of the Melbourne Fringe Festival where she was playing a knight in a Shakespearean tragedy and the magical king sent a murder of crows  to rip out her tongue:

“We were all so focused and the story was so real to all seven of us onstage. The audience were engrossed and we were all experiencing it together.”

The feeling audience members get from watching an improvised show as opposed to a scripted show is one of playful risk. Sarah Kinsella, a teacher at Impro Melbourne describes it as ‘watching an acrobat walk on a tightrope’. The improvisers are bravely trying to create something that is very challenging – a story on the spot:

“It’s an engaging experience as an audience member, each show is something that is so unique and will never be seen in that exact way again, it is an electrifying feeling and depending on the format, the audience can direct the shape of the show.“

Impro Melbourne has successfully transitioned to teaching classes online, a stream which they are committed to continuing after life returns to Covid-normal. Classes over Zoom has afforded many with accessibility needs or complicated timetables who experience difficulty attending face-to-face classes the ability to participate. In addition, Zoom filters and creative uses of technology have many teachers embracing the creative possibilities rather than fighting the platform.

Being forced online has the Impro Melbourne Ensemble exploring different formats. In September, ‘Are You Awake’ was launched, a podcast which lets you eavesdrop on ‘the conversations that can only be heard in the middle of the night, when the lights are off and your guard is down’. An hour-long podcast ‘Paperback Romance’ inspired by Mills and Boon is also in development. 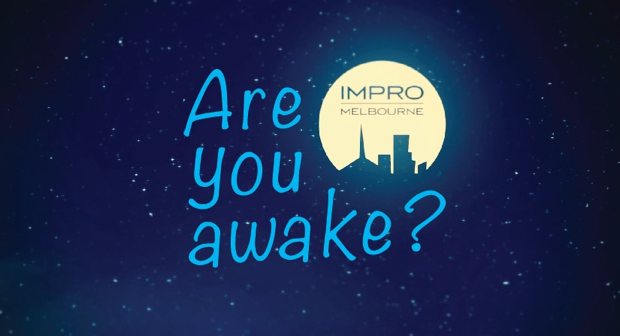 For people wanting an introduction to improvisation, Brenna suggests attending Impro Melbourne’s annual performance of improvised soaps, in which many well-known Melbourne improvisers guest-star. If you are wanting to watch improvisation online, HideOut Theatre from Austin is high quality performance art.

To support Impro Melbourne, you can enrol in classes,  hire the team for Corporate Training, Team Engagement and Entertainment, invite the company to conduct a workshop at your school, come and watch a performance or volunteer.