“What a day, is it wine time yet?” Australia’s casual attitude to alcohol is such that excessive drinking is often normalised and the harmful effects of the drug are ignored. Marketing by alcohol corporations encourages alcohol consumption whether you have had a good, bad or stressful day. Almost twenty years ago Foundation for Alcohol Research and Education (FARE) was established with a broad remit to work across the country to prevent and address the harm from alcohol. The three main ways this is achieved are advocacy, policy and system change, and public education. FARE works collaboratively with organisations, researchers and health professionals across the Not-For-Profit sector,  as well as alongside the community. FARE’s work has largely focused on engaging with decision makers,  undertaking and supporting research, translating research findings, identify changes to laws, developing policy briefs, engaging in consultation processes with politicians and public servants and working with community organisations. Moving forward, FARE is committed to increasing the role of community, by sharing stories and elevating community voices.

Everyone has seen TAC advertisements where a car filled with rowdy teenagers on their way back from a party careers onto the other side of the road and hits an oncoming truck. While drink-driving prevention is absolutely a worthy campaign, as of June 2017 80% of alcohol was being sold in Australia for takeaway use and particularly consumption in the home. This gives rise to greater alcohol dependence, an increase in alcohol-fuelled violence and an increase in alcohol-related chronic disease. FARE reports that almost 6,000 Australians die and 144,000 Australians are hospitalised annually due to alcohol. Additionally every year almost 400 Australians are killed in alcohol-related assaults with 70,000 people injured; 24,000 of those are related to alcohol-fuelled family violence. That is, depending on the state, alcohol is involved in a quarter to two-thirds of family violence incidents. A lot of these harms can go largely noticed.

States and territories are in charge of liquor licencing, how many outlets are available, times of sale, and product promotion including flyers, posters, newspapers, websites and social media channels. Taxation and advertising are covered by federal regulations. The Alcohol Beverages Advertising Code is a voluntary advertising code of conduct.  This presents a conflict of interest because the industry whose business it is to sell alcohol also regulates its advertising. The code deliberately excludes sponsorship meaning that alcohol advertising is permitted at sports games and by extension sports broadcasts, as well as family friendly events. Studies have found, perhaps unsurprisingly, that young children and those with problematic drinking habits are most vulnerable to, and most targeted by, advertisers. In the ‘Submission on the need for a nationally-consistent approach to alcohol-fuelled violence’, FARE joined with the Public Health Association of Australia and the National Alliance for Action on Alcohol in recommending:

“The Australian Government abolishes the Alcohol Beverages Advertising Code (ABAC) and establishes an independent regulatory body that is free of alcohol industry involvement and introduces alcohol advertising regulation that is mandatory, covers all alcohol marketing activities, includes penalties for non-compliance and is transparent and accountable.”

Alcohol marketing has been prolific during the COVID-19 pandemic, particularly on social media. In the April-June quarter Woolworths reported a 28.6% increase in the online sale of alcohol. While their rapid alcohol deliveries (door-to-door delivery between 30 minutes to an hour) have increased by 161%. Similarly in their Annual Alcohol Poll, FARE reported that 15% of Australians had used online alcohol delivery. Online sales are largely unregulated; more than one in three people under twenty-five years old were not checked for ID.  Of the people who used the rapid delivery function,  70% drank more than four standard drinks that day, and 38 % drank 11 or more standard drinks that day. CEO of FARE Caterina Giorgi believes there is absolutely a role for government in ensuring common-sense measures are in place to protect against risky drinking behaviour :

“Liquor laws haven’t keep up with the change to online sales – so things that we would expect as a community don’t exist: there’s not a requirement to make sure IDs are being checked, there’s not a requirement to make sure that people aren’t being sold alcohol when intoxicated and there aren’t controls around hours of sale into people’s homes or how rapidly that alcohol can come. We know that  type of  alcohol sale is associated with riskier alcohol use. If we leave it to alcohol companies to help in minimising the harm, then as we’ve seen with alcohol advertising, it just doesn’t happen, people aren’t put first.”

Giorgi says it mustn’t be forgotten that there are big corporations taking advantage of people doing it tough and they need to be held to account and called out. 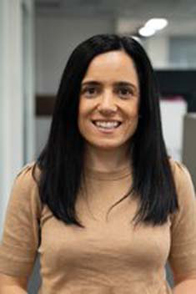 FARE is working with the NSW Government on restricting the hours in which online alcohol delivery is available, something the Victorian Government is also investigating.

During the pandemic, people who previously reported drinking at home were found to be drinking alone, earlier in the day and as a mechanism to deal with anxiety and stress. All of these factors can lead to dependence, which will be hard to shake even when the pandemic eases. One of the groups increasing their alcohol use during COVID-19 is women and mothers “because they are taking on more of a caring responsibility and juggling work – this increased pressure is contributing to greater alcohol intake”.

FARE recognises the importance of considering the broader social determinants of alcohol use. That’s why they work alongside family violence organisations, and support campaigns to raise the age of criminal intent and raise the rate of income support:

“We acknowledge all of these factors can contribute to risky alcohol use and we need to get these broader settings right if we’re going to reduce alcohol use.”

Both subjective and objective measures are important when assessing if you have an unhealthy relationship with alcohol: the objective measure is ‘Do you have more than four standard drinks on one occasion, or more than ten standard drinks across a week?’ and the subjective measure is ‘Is it impacting on your life?’ Adequately funded alcohol and other drug treatment services are also needed to ensure that when someone does recognise they have a problem, they have somewhere to turn.

It it may surprise some to learn that approximately one in five people do not drink, and young people are starting to drink alcohol later in life and drink less alcohol overall.

The Federal Government recently committed to a multi-year campaign on Fetal Alcohol Spectrum Disorder (FASD) and reducing alcohol use during pregnancy and while breastfeeding. The campaign, running until June 2023, will raise awareness of alcohol related conditions such as FASD, and therefore hopefully  reduce the incidence of FASD by supporting pregnant and pre-pregnant women to make healthy choices. FASD is a lifelong disability characterised by significant developmental delay affecting learning and behaviour, problems with learning and behaviour,  ‘facial features – a short horizontal length of the eye opening, a smooth philtrum (the usually ridged area of skin between the upper lip and the nose) and  a thin upper lip – and a history of prenatal alcohol exposure’ (Better Health Channel). Up until ten years ago, there wasn’t consistent diagnosing, there were no diagnostic clinics, no prevention, but there has been a lot of  change in that space, and the Federal Government is investing more in preventative measures.

One of the Federal Government commitments is  a mandatory pregnancy health warning for alcohol containers. Campaigning for this label involved more than 180 not-for-profit organisations and 4000 community members and leaders helping to advocate.

The National Health and Medical Research Council Australian Guidelines to Reduce Health Risks from Drinking Alcohol recommend not drinking during pregnancy because a safe level of consumption is not known. As well as FASD, alcohol can cause stillbirth or miscarriage. FARE is also running a public education campaign called Pregnant Pause, which recognises that it takes a village to raise a child and the best thing we can do is create a supportive environment for alcohol-free communities. 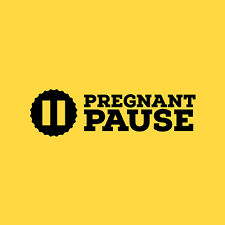 FARE’s newest campaign TOM was recently launched in the Australian Capital Territory and represents the Third of Men who want to reduce alcohol use. The campaign will provide tools for people who wish to reduce their intake and will follow men as they go through the journey over the next few months to improve health and wellbeing. 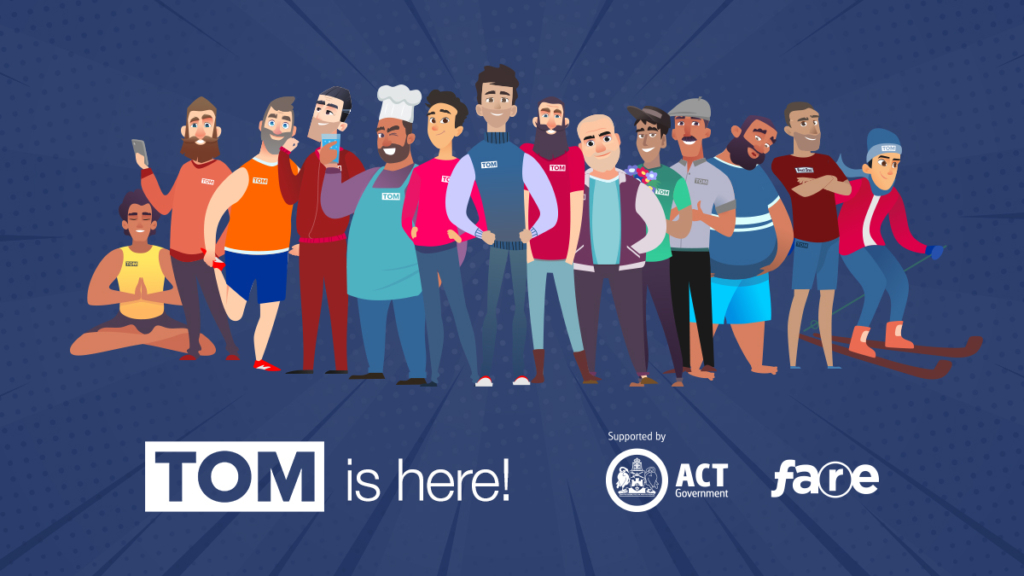 In 2021, FARE will launch a campaign about pregnancy, breastfeeding and alcohol intake. It promises to be one of the biggest alcohol prevention campaigns in Australia.

FARE’s main objective is to help prioritise the health and wellbeing of communities. Currently Woolworths which owns Dan Murphys is trying to build one of their biggest stores next to three dry Aboriginal communities in the Northern Territory so FARE is working alongside the local community and navigating legal proceedings to object to this development.

“We look at where we can best have a impact in reducing the harm from alcohol.”

An eternal optimist, Giorgi says most of the time we have lots of people engaging and wanting to see change, people wanting to do what’s good and what’s right:

“The health of families and communities is put first and put ahead of large alcohol lobby groups and corporations, and I know that sounds really huge but I also know there are lots of people who share this common goal and share these values. There are lots of people who have seen the devastation that alcohol can cause on individuals and communities and so I know that we’re not alone in this and that, in fact, we are all standing side by side trying to create this change together.”

For information and advice on how to improve your relationship with alcohol, you can contact Alcohol Campaign Information Line on 1800 250 015. You can also reach out to not-for-profit organisation Hello Sunday Morning or national rural grassroots charity Sober in the Country. To find out more about FARE, individuals can sign up to FARE’s bulletin or follow FARE on Facebook, Twitter or Instagram.