If I was to reel off the resume and achievements of Jamila Rizvi, you could be forgiven for thinking she is at the end of her career having a well-earned rest. The 34-year old has worked for both the Rudd and Gillard governments, is a political and social commentator, presenter, and author.  Employed in then-Prime Minister Kevin Rudd’s media unit, then joining Minister Kate Ellis’ team as Youth Policy Adviser, Press Secretary and Deputy Chief of Staff, Jamila was plagued by imposter syndrome:

“I was used to being a real standout at school and university. I was a kid who worked really hard who threw myself into everything with enormous enthusiasm and tended to do well. Suddenly I was in this big scary world of politics – very uncertain, not particularly well-trained, I didn’t know what I was doing. My confidence was completely shattered. Everyone else was faking it, and I didn’t realise that, I thought I was the only one who didn’t get it.”

Feeling like an imposter that is, despite being raised with “relatively good confidence”:

“I grew up in a household that really valued my opinion. My parents weren’t political but they were interested in politics, so they really encouraged me to work hard, to have an opinion, have a say, be an equal around the dinner table at home and to be that when I went to school, and at work.”

Jamila used this experience to inform her first book Not Just Lucky, described as a ‘a career manifesto for millennial women’. It includes case study examples and empirical research  while exploring promotion, harrassment, pregnancy, speaking up in meetings and the paygap.

Jamila proposes there are three ways for women to combat an internal lack of confidence: through speech, physicality and thinking about your idols.

In an episode of ABC’s Q&A, where women panellists were criticised for talking too much, Clementine Ford commissioned researcher Chrys Stevenson to count how many words a minute women and men were speaking. It was found that there were barely any women who took up their fair share of space, with women only speaking for 38% of air time:

“Recognise when you’re worried about talking too much, dominating the conversation or being “overbearing”,  because chances are it’s your head telling you that – it’s very unusual for a woman to take up her fair share.”

Physically where you choose to sit has a bearing over the power you exude – men tend to sit at the end and at the centre of the longer ends, whilst women tend to wait for everyone else, shuffle up the back or make space for others rather than make space for themselves. Jamila encourage women to find the power seat at the table. And finally, remember when you feel the nerves set in, that many successful people feel like imposters. Indeed, speaking on Conversations with Richard Fielder, journalist Leigh Sales said despite her experience, before appearing on television, she is “full of doubt and worried that I’m going to stuff it up”.

As Chief Creative Officer of Future Women, Jamila is helping women build self-confidence and reach their professional potential through the medium of the Future Women podcast.

Writing opinion pieces, particularly for the Sydney Morning Herald and the Age., Jamila witnesses firsthand the power of words and constructive debate:

“I love being loud and proud with an opinion.The planet’s at a crossroads, we live in a globalised world, and we have the capacity to solve problems on a global scale. Though when you’ve only got 800 words, you don’t have a lot of space to explore nuance.”

As a freelancer, Jamila works multiple jobs and balances different roles within the media. As afternoons can vary: “I could be on radio, TV, writing, giving a speech, giving an interview, or working on my book”, she maintains a morning routine as much as possible: “There’s something about that structured order to my mornings which helps me get in the right headspace and helps me be productive”.

The birth of her son Rafi in 2015 led to the release of her second book The Motherhood, a compilation of 32 letters written by Australian mothers to their younger selves about the things they wish they knew about the first six weeks postpartum.  The letters showcase familial diversity and teach that it’s OK to be reduced to basics in the first six weeks, and it’s OK to not be perfect mothers. or indeed perfect people.

In November 2017, Jamila was diagnosed with a rare, but benign brain tumour. As a result of multiple surgeries, she has acquired several disabilities,  including a vision impairment in one eye and an inability to produce cortisol:

“I don’t get little bursts of energy through the day. I take cortisol tablets so I get my energy  all at once in the morning and then it teeters out during the day. I’m still figuring out how I feel about it, because I’ve realised this tumour will keep appearing throughout my life. I’m moving to a new headspace.”

While for some, a cancer diagnosis may lead to booking a round-the-world trip or a reshuffle of priorities, being faced with mortality affirmed to Jamila how much she wanted to keep living the life she has. The experience has informed her third book, Broken Brains, co-written with friend Rosie Waterland to be released in early 2021. Broken Brains will explore how physical and mental health are intertwined and how the Australian system is failing people struggling with mental health issues and their loved ones:

“We should be a country that knows how to help people, at a human level as well as a medical level.”

A close friend of Jamila is ARIA award-winning singer, performer and media personality Clare Bowditch, with whom she used to go for regular walks in Edinburgh Gardens and solve the world’s problems. Together they created the live interview series aptly-named Tea with Jam and Clare:

“It started as an excuse to hang out.. It celebrates our strengths, giving a succinct storytelling viewpoint to problems of the world. We even use song! [The event demonstrates] the special things that happen when women come together. We bring women and, I hope one day men, to the stage and talk to them – they give wisdom.” 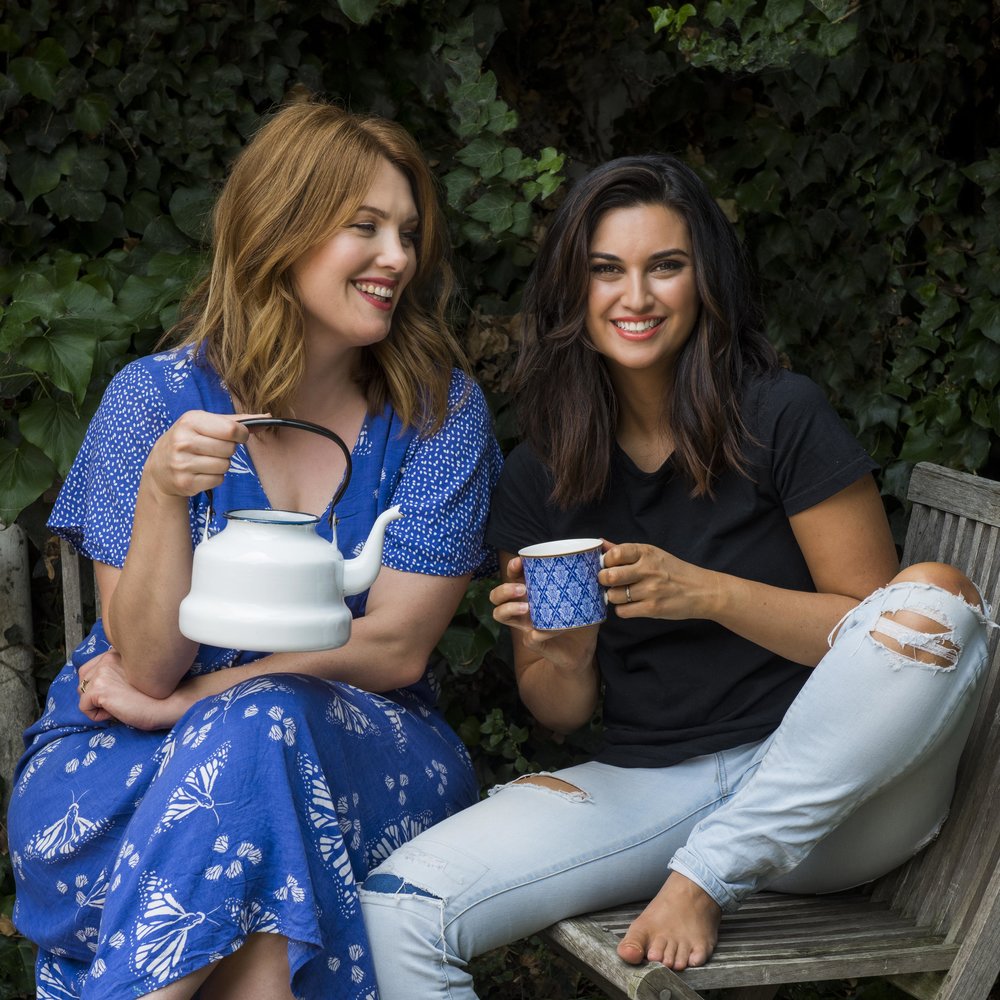 While Tea with Jam and Clare is female-dominated, men have an important role in advancing gender equity, by showing up as allies and being present at discussions about feminism but letting women speak:

“[Discussions regarding gender] are about men too and  freeing men from stereotypes. While gender stereotypes hurt women financially, they also hurt men emotionally.

Jamila is optimistic that gender roles will evolve and the gap in gender equality will continue to decrease:

Since this interview took place, Jamila was announced as the Victorian recipient of the Award for Excellence in Women’s Leadership, to be accepted at the Melbourne branch of The Australian Women’s Leadership Symposium on August 13 2020.