No one would begrudge Genevieve Clay-Smith for shouting “I told you so” at the filmmaking industry. The sentiment conveyed by many, including one of Australia’s best agents was: “If you keep making films about Down syndrome, no one will hire you”, or “Making films with and about people with disability is a nice recreational activity but will never work in the real world”. Yet the co-founder, former CEO and current executive director of Bus Stop Films who is now also a co-founder and non-executive director of Taste Creative has proved that is simply not true.

Let’s rewind, shall we? In 2007, Genevieve was tasked with creating a documentary for Down Syndrome NSW about six people participating in the ‘Up Up and Away’ project. ‘Up Up and Away’ aimed to help these individuals form a circle of support -a group of people who meet regularly and then commit to help that participant achieve their life goals, such as living independently or working in the CBD. For Genevieve, whose only experience of disability up until that point was attending a school with a segregated special education unit, the experience of making the film had a profound impact:

“I saw how capable people were with a bit of belief; that many experience negative attitudes and are on the other end of low expectations.”

As a filmmaker, Genevieve felt an affinity with participant Gerard O’Dwyer whose goal was to become an actor.  Yet she was starkly aware that there were no pathways into the industry for him as a person with disability, in any area of production or the creative process:

“The first day I met him, Gerard recited the entire balcony scene from Romeo and Juliet.  I was so angry that it was going to be difficult for him to get a foot in the door. It is a very close-minded industry to actors with disability, particularly intellectual disability. Despite the project, there was nobody in his circle of support who could help him act.”

To ignore the stories of those with disability is to send the message that those voices and those experiences are not as important, which then perpetuates the cycle of inequality.

“I started to ask myself: ‘What if inequality was a result of not seeing authentic stories represented? By not engaging in their stories, we are not acknowledging the issues they face, and therefore not realising their abilities. I wanted to do something about it.”

A 2016 report by Screen Australia ‘Seeing Ourselves: Reflections on diversity in Australian TV drama‘ , found that despite approximately 18 per cent of Australians living with a disability, ‘only 4 per cent of main characters in Australian TV dramas were identifiably characters with a disability’. Although representation is slowly improving, able-bodied actors given awards simply because they are portraying characters with disability (think Dustin Hoffman in ‘Rain Man’ and  Eddie Redmayne playing Stephen Hawking in ‘The Theory of Everything’) is evidence we have a long way to go.

Through engaging with the disability community, Genevieve recognised her previously unconscious bias and felt her prejudice shift. She wrote, directed and co-produced the short film ‘Be My Brother’ which saw five or six people with disability working in an inclusive environment behind the scenes and Gerard O’Dwyer in the lead role:

“At the time, it was just a student film and I didn’t know what it would lead to, but I just thought I’ve got to do the right thing and give opportunities where I can.”

The low societal expectations projected onto people with disability are internalised and meant that despite Gerard being talented, he was incredibly self-conscious. In 2009, Be My Brother won Tropfest and Gerard won Best Actor. These accolades provided Genevieve with a solid case study to show that inclusive filmmaking can work:

“We smashed stigmas showing that inclusive filmmaking and authentic casting doesn’t compromise on quality. We showed filmmakers who never thought that disability could equal success.” 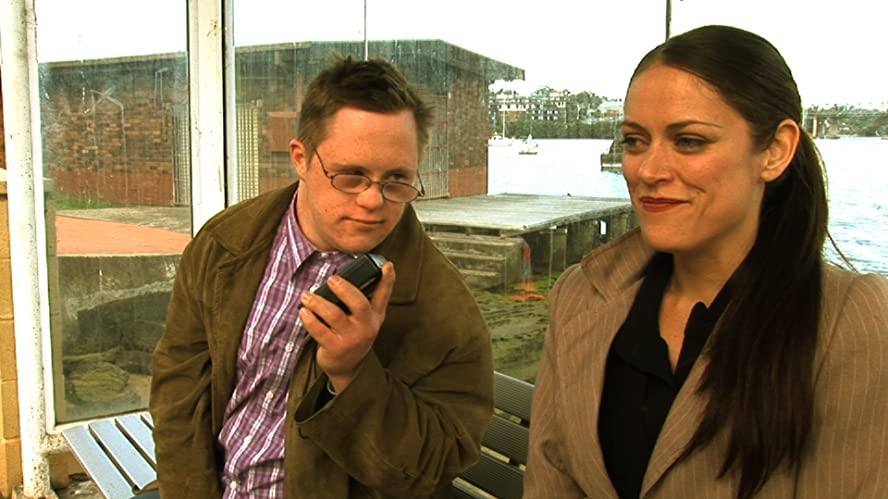 Still from ‘Be My Brother’

Later that year Genevieve resigned from her job at the ABC to take up another opportunity. The job offer fell through, meaning that instead of experiencing the success she had imagined would come after winning Tropfest, she was unemployed. Genevieve learnt of the Enterprise Investment Scheme, a government initiative which helps people learn about small business and offers a Centrelink fee for a year to start your business. She was soon accepted into the Future for Young Adults Young Social Pioneers (YSP) social innovation incubator program where she developed her capacity to lead a non-for-profit organisation with her producing partner Eleanor Winkler. This was the genesis of Bus Stop Films.

The mission of Bus Stop Films is ‘to make great short films that break down social stigmas and give access to film studies to our students’. The Accessible Film Studies Program, available in Wollongong Sydney, Parramatta and Canberra is taught by industry experts and budding filmmakers and offers subjects where students learn craft skills available in tertiary film studies.  Students collaborate with like-minded people and their tutor to produce a short film. Key concepts covered in the process include: understanding mise-en- scène, genre study, costume and production design, lighting, script writing and collecting props;  then in post-production students are shown how to edit and pick the best takes.  The program’s participants are those who face physical or attitudinal barriers, they generally have an intellectual or physical disability, or complex and persistent mental health issues, or are members of the refugee community. The aim is to have graduates take on internships and follow paid employment pathways into the film industry. Program alumni have worked on shows such as ‘Masterchef’,’The Other Guy’, ‘Survivor’, and ‘The End’, been offered positions with Endemol Shine, Panavision, ABC and have even been welcomed on the set of the next Marvel movie.

Making an effort to authentically cast TV and movies, and portraying lived experience has reinforced to Genevieve that filmmaking has the potential to transcend pure entertainment and actually change lives. For example, ‘Groundhog Night‘ starring writer, actress and wheelchair user Emily Dash shows Emily’s character Jess being assisted to roll over in bed:

“I was approached by thankful parents who said they felt seen because, ‘No one shows that part of life.’ It gives a new perspective to new parents and assures them their  child will have a future.” 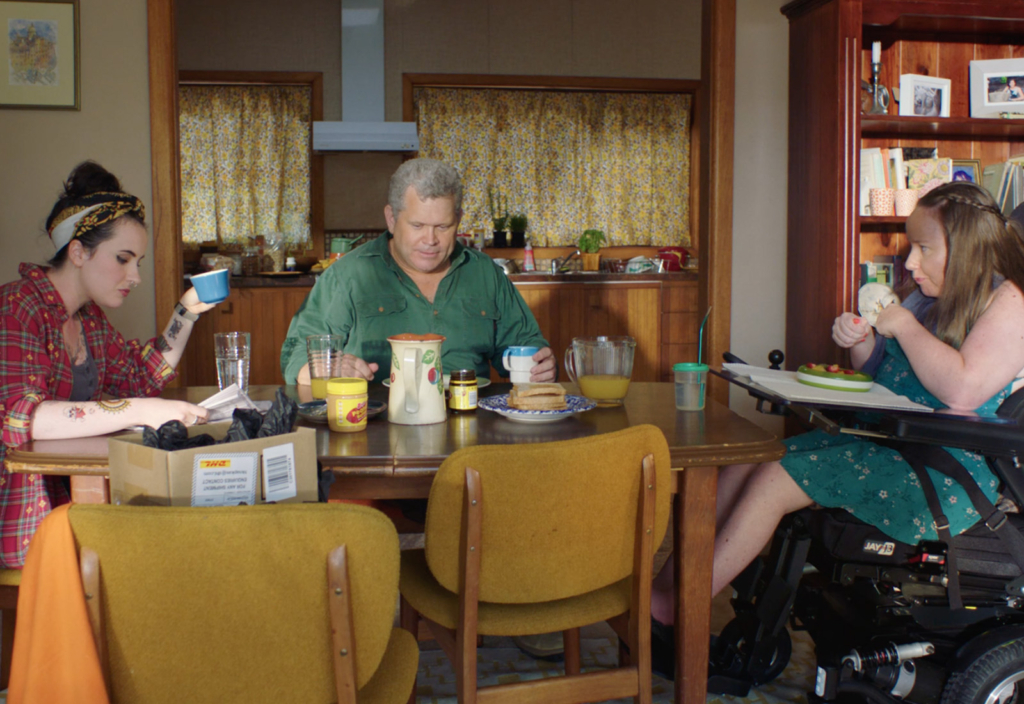 In 2017, Genevieve was a consultant on the Screenability NSW initiative which provides ‘opportunities for Australian filmmakers with disability in the screen sector’.

Genevieve readily admits that as she does not identify as a person with a disability herself, she is continuously learning and open to being educated:

” The moment you think you have everything down is a scary moment; you can never make assumptions because language is constantly evolving, often for sociological reasons, and the landscape is constantly changing.”

Your support of inclusive filmmaking can begin with familiarising yourself with the work of some actors with disability such as Daniel Monks, Anthea Williams, Adam Bowers and Alistair Baldwin. Films usually have a two-year lifespan at festivals and are then made available online. You can support Bus Stop Films by watching their productions on YouTube,  donating, or using Facebook, Twitter and Instagram to share content or engage with the organisation.

*Since this interview was conducted, Bus Stop Films has partnered with Taste Creative to develop “The Inclusive Filmmaking Toolkit“, a resource to assist with the ‘meaningful inclusion of people living with disability in the film industry’.